Following the ceremony, Ambassador Dhakal paid a courtesy call on the President of Laos H. E. Mr. Bounnhang Vorachith. During the courtesy call, Ambassador conveyed the warm greetings and best wishes from the Rt. Hon’ble Mrs. Bidya Devi Bhandari, President of Nepal and Rt. Hon’ble Mr. K P Sharma Oli, Prime Minister of Nepal, as well as from the people of Nepal for personal health and happiness of the President, and for the continued progress and prosperity of the people of Laos.

Ambassador also expressed his confidence that the friendly relations subsisting between the two countries will reach a new height for mutual benefits during the term of office of President H.E. Mr. Bounnhang Vorachith. Mentioning that Nepal and Laos are members of Non-Aligned Movement, G-77 and LDCs/LLDCs, Ambassador stressed the need to further strengthen and expand relations between two countries at bilateral and multilateral forums on the matters of common interests.

While welcoming the Ambassador, H. E. President expressed his best wishes for the successful tenure and expressed his confidence that the bilateral relations between the two countries would further strengthen in the days to come. H.E. President informed that the Government of Laos will make Buddhist temple in Lumbini.

H.E. Mr. Khammeung Phongthady, Minister and Head of the President’s Office, high-ranking government officials and Embassy’s official were present on the occasion of credentials presentation ceremony. 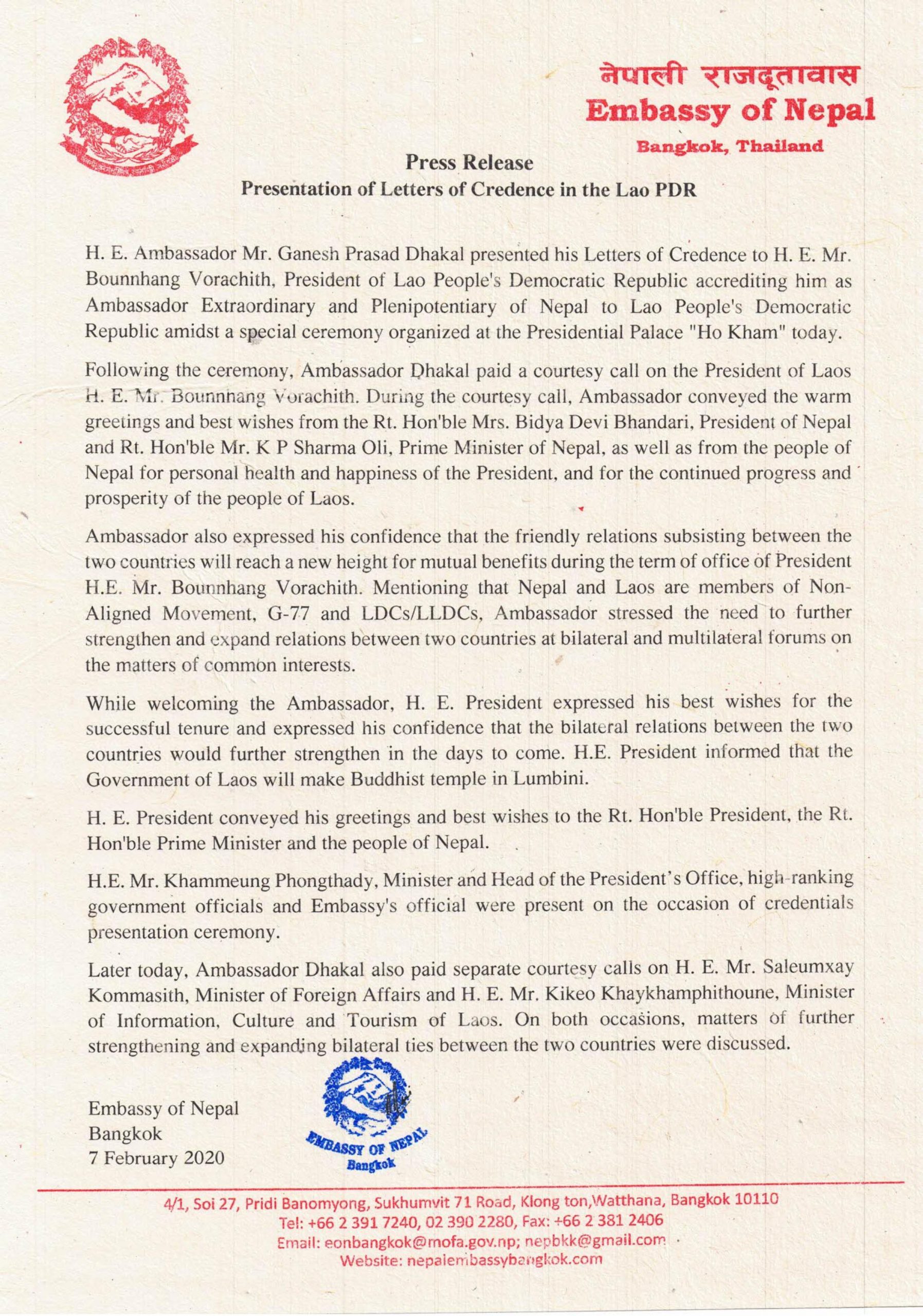 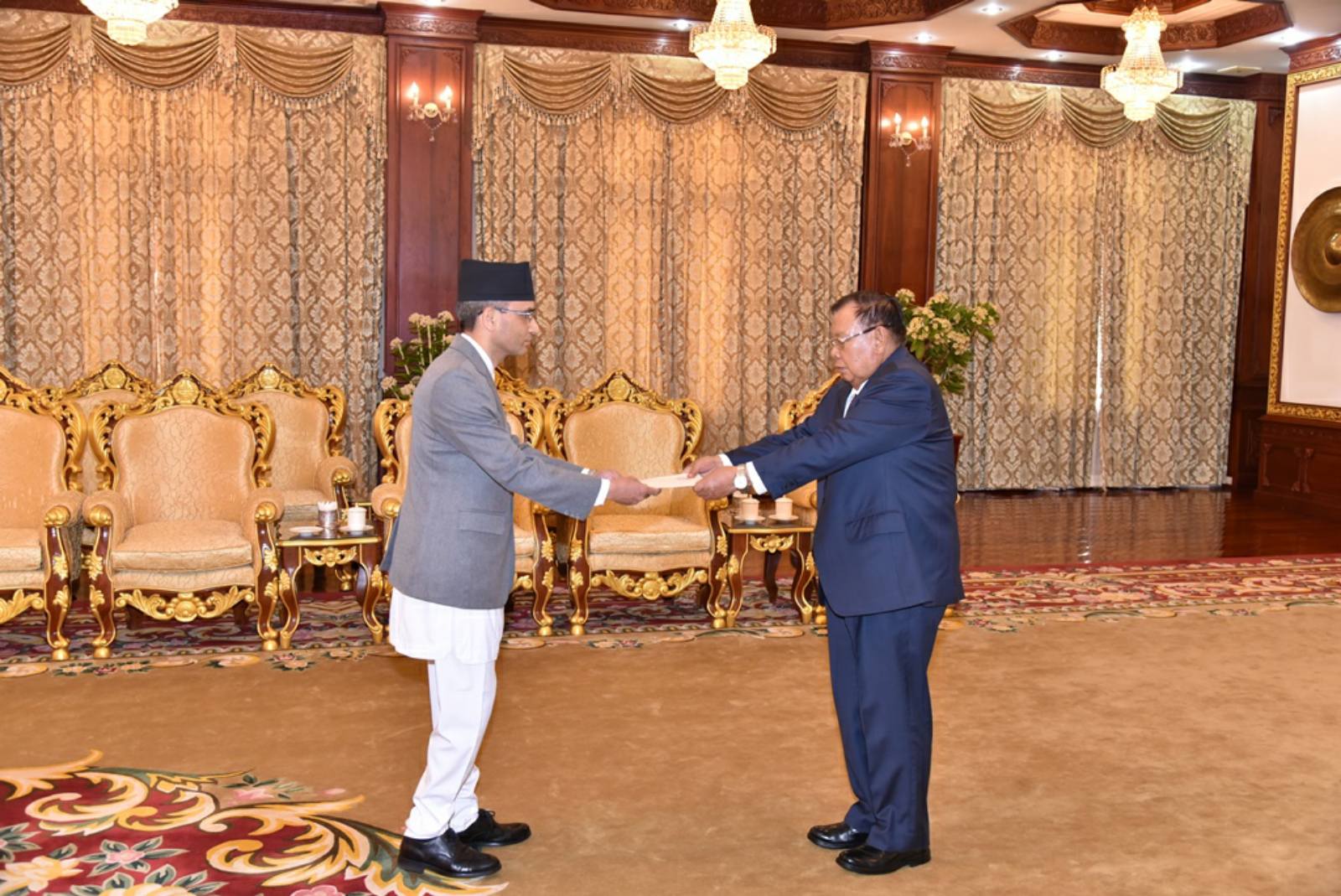 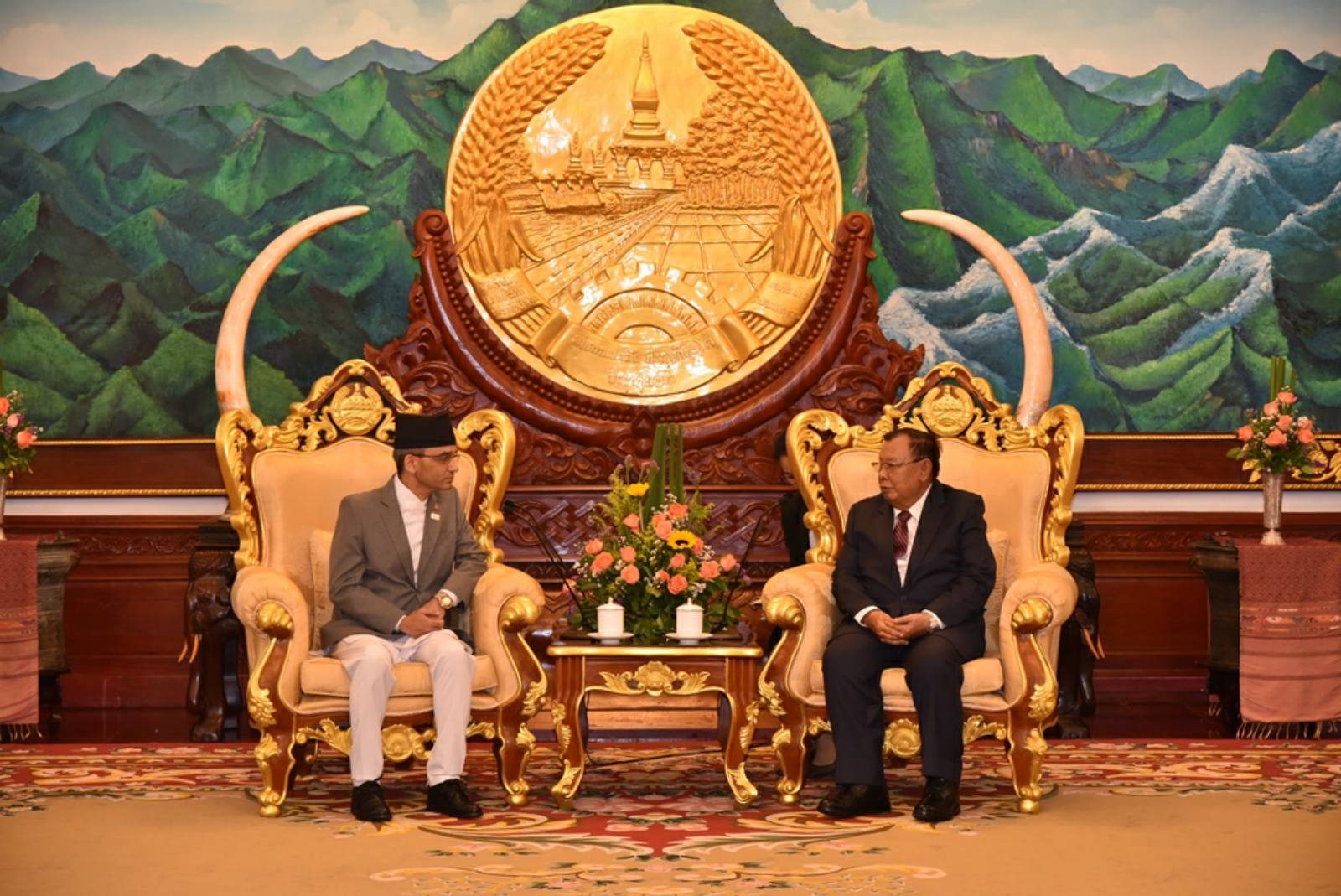 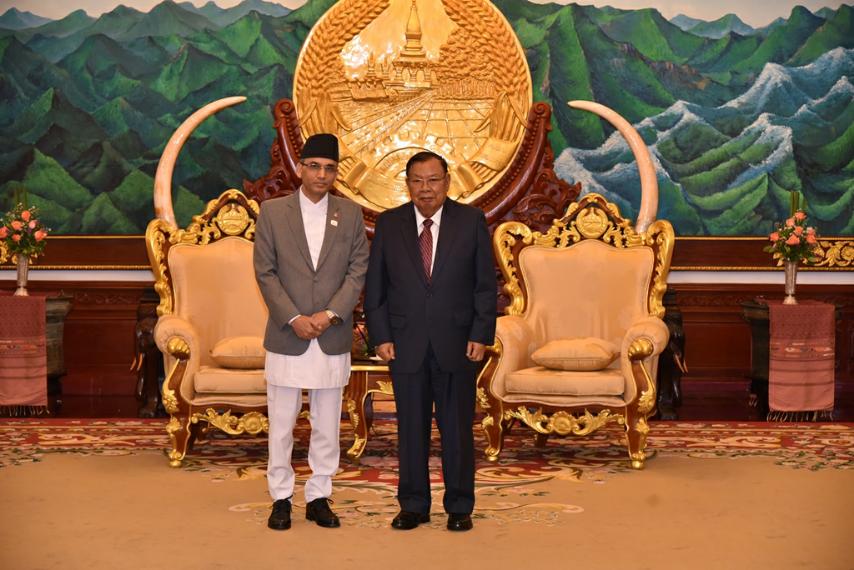 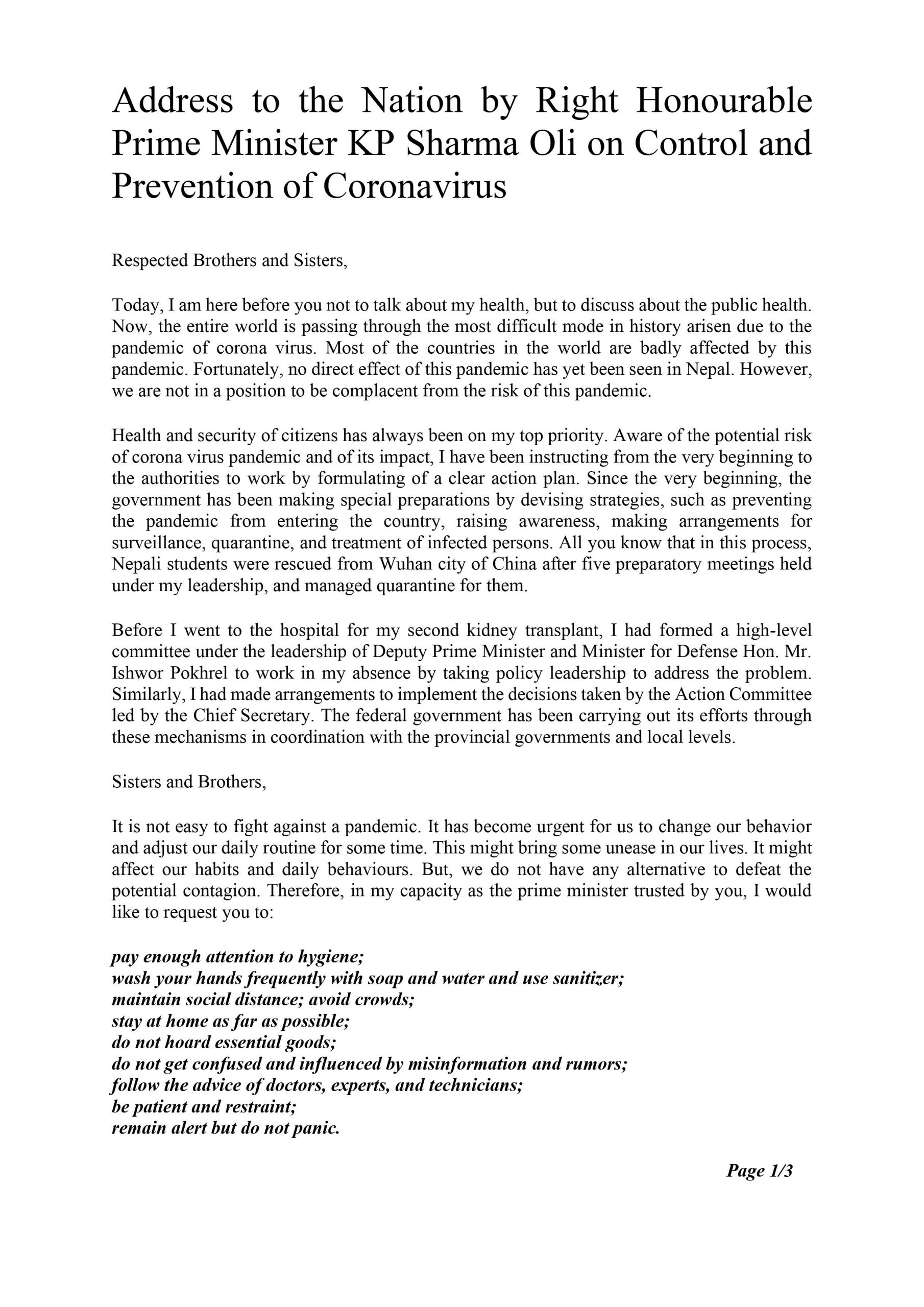 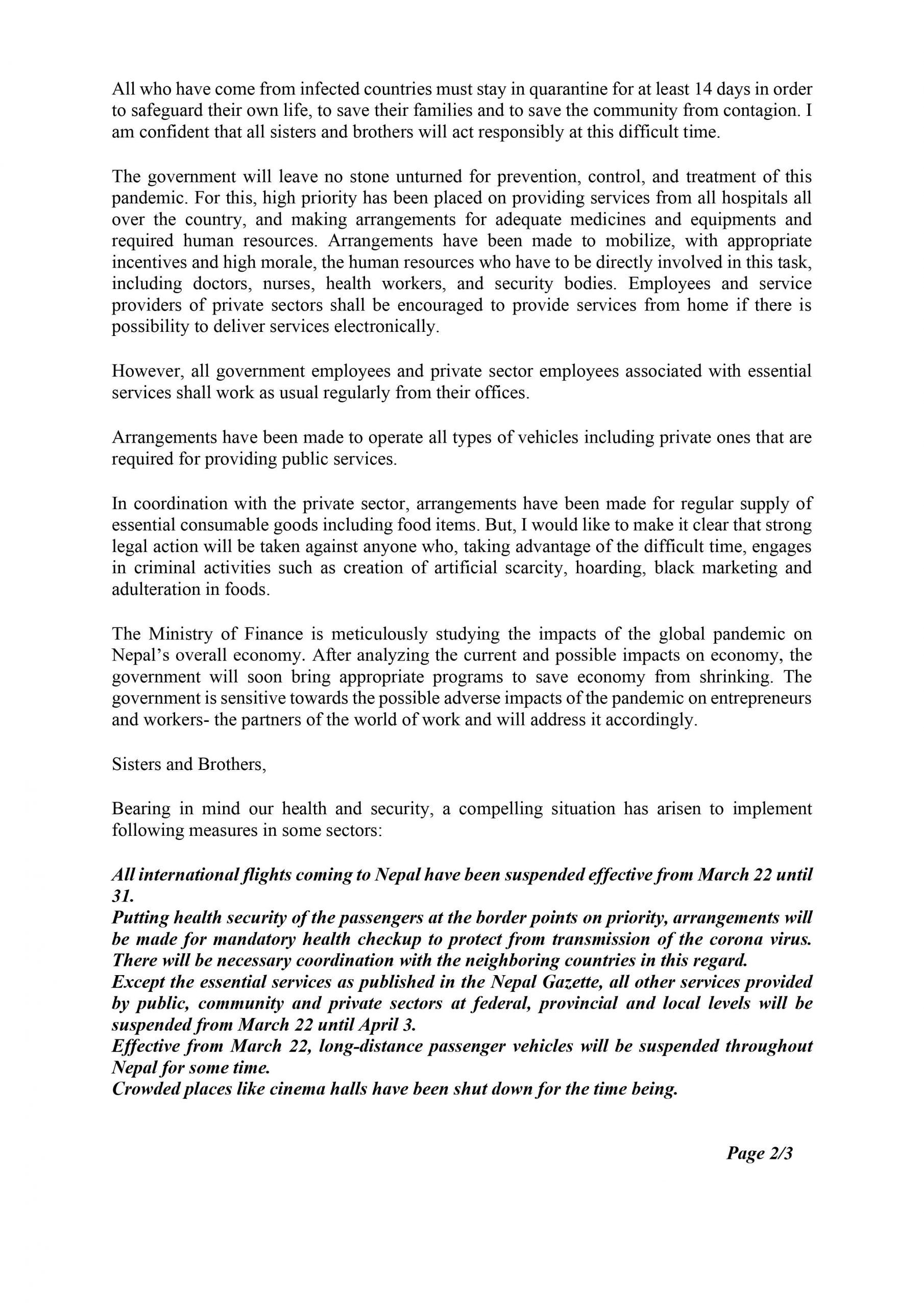 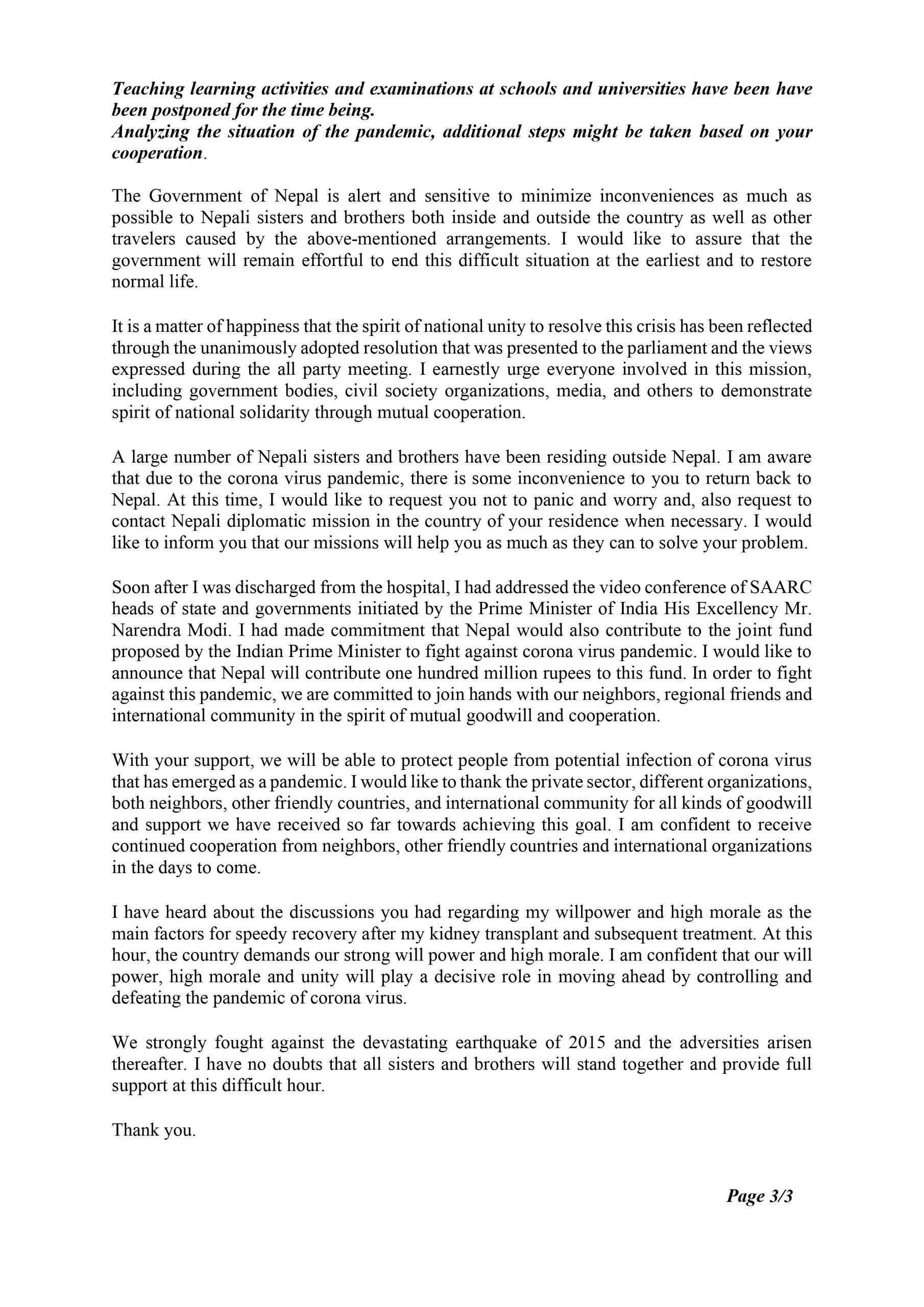